Billboards, breasts and how she chooses to feed her baby 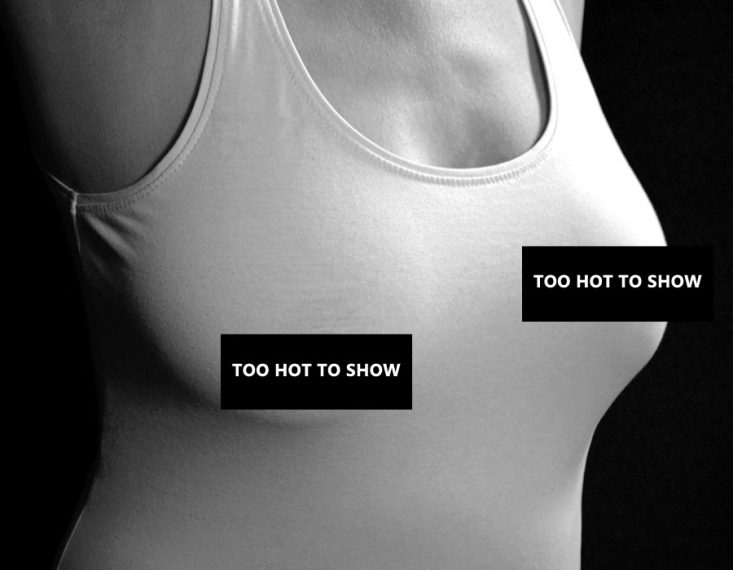 Over the years that I have worked as a midwife men have often said to me that they are unsure of what to make of their feelings regarding their partners choice to breastfeed. The kind of things they say initially are, ‘I want to be able to help out at night when the baby needs feeding’, and ‘I’m concerned about being able to support my partner when she is tired’ or ‘will her beast feeding effect me being able to bond with the baby’? Many have gone on to express more intimate concerns regarding their on going sexual relationship with the woman they love.

It’s hard to argue when sociologists tell us that men have been conditioned over time to view and respond to their intimate partners breasts in certain ways, now I am not saying every man thinks and behaves in the same way, but I am suggesting that every man in the west has been exposed to a set of cultural influences that at an unconscious level will be exerting an effect on how and why he finds himself feeling the way he does, and that seems to be particularly the case in the context of the feeding choice of the woman he loves.

Often, if not always, the emotions we find ourself in have not been consciously evoked, they just seem to just turn up, one minute we feel fine the next we are swimming in a sense of anxiety or mild panic. Where do these emotions come from, granted the human animal is a complex creature, our minds and bodies are so inextricable linked that it's hard to know where one or the other begins and ends. But, in my experience when I am noticing a reoccurring mood, if I look closely enough I will uncover a series of thoughts, a stream of thinking that has been leading my emotional life by the nose.

In the context of breastfeeding this was brought home to me in a powerful way through a conversation with my oldest son, Ben, he is a 23 year old man. We had been chatting about the busy day I had just had, a media outlet had run a story about a woman who had been challenged whilst breastfeeding her baby in public.

The usual loud voices had been expressing their points of view all over social media and other places. I had been asked to go on a number of radio shows expressing my own point of view based on years of experience as a man working as a midwife.

Towards the end of me talking about what some people had been saying, things like, ‘women should do it in private’, ‘when I take a piss that's natural and I can't do that in public’ and ‘I find it disgusting, when I'm in a cafe I don't want to have a woman's tit in my face’ (I kid you not, I've heard all these things said), Ben, interrupts me, ‘hold on dad I don't get it why is it such a big deal’?

There was a pause for a minute or so, he appeared to be lost in thought...

I let him think, then suddenly he blurted out....'I get it’, ‘I fucking get it’, ‘what do you get I asked’? ‘I understand where those people are coming from now’.

There was a penny dropping look on his face as he went on, ’from as early as I can remember I have seen women's breasts on billboards, covered up by lacy bras, but see em I have, and each time I saw them they were selling something, it’s only been since I started wanking that I realised why half naked women are being used to market products’!

He carried on, ‘I like seeing women's breasts especially now I know how good sex can be, and my response to breasts as a trigger for sexual arousal is automatic, I’m not aware of thinking anything, the first thing I notice is the wood in my trousers. Women’s breast equal sex to me, and I'm not even conscious of when I decided that.

Wow, what an insight, he was beginning to see that his responses to a woman's breasts had been forming in him from a very young age, breasts for him had been sexualised with out him being aware that it had happened.

The intensity of some of those comments I wrote earlier, as distasteful I as find them, begin to make sense when I consider the insight that my son had that day. Let’s be clear how you and your partner choose to feed your baby is your choice, there is no right or wrong way to feed a baby, there is just the way you chose to do it.

What I am not doing is blaming men for our nations low breast feeding rates, but what I am suggesting is that you seek to inform yourself about the choices available to you and your partner when it comes to how you feed your baby.

There is evidence available that points to the importance of men being educated with regard to their partners feeding choice (look up here). When a man understands how breast feeding works, what to do when it doesn't seem to be working, how he can affectively support his breast feeding partner, the longevity rates of breast feeding go up.

I want to help you take steps towards becoming informed about breast feeding, the audio file that comes with this blog is 15 minutes long. You will hear me reading a chapter from my book Men, Love & Birth. You will learn about the physiology of lactation, the risks associated with not breastfeeding, about how you can support her as she feeds and much more.

We offer a course where you will learn everything you need to know about how to support your partner during pregnancy and labour. With that knowledge and experience in your pocket, you will also know how to really support her when she choose to breastfeed.