Why and How you are important as she is breasfeeding 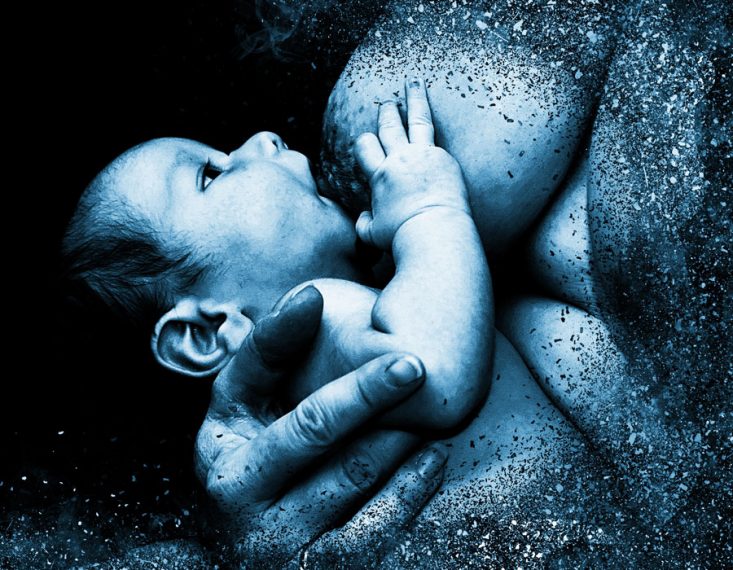 Her breasts, not yours!

You may have jerked off between them, but they don’t belong to you, and I know you know that, hell, being very straight forward they are not even for you. But, if your child is to grow to his/her potential they are going to need to drink from them for a long time. That’s what they’re for.

Ultimately when it comes to how she choses to feed the baby it’s a decision that she makes – it’s her body – and your job is to support her. Your support and the deep connection she feels to you as you are doing it will serve you both well as you navigate all the choices parenthood brings.

When she feels deeply connected to you her body is stimulated to produce oxytocin. This hormone is not just important for orgasm and birth, it also plays an important role when it comes to breastfeeding.

If you are going to be able to offer her the support that she needs as she feeds the baby you need to understand how milk production works. The first thing to remember is that we are mammals, and have been for millions of years. All mammals feed their young milk from breasts or teats. The word mammal actually means that the animal has a mammary gland to produce milk.

The use of artificial formula is a very very recent phenomenon, and is not as safe as you might think. For one thing, babies fed on ‘modern’ formula (since, say, the 1970s) are not even in middle age yet. No long- term studies have been done. What we do know is that artificial formula changes the body: it alters a baby’s gut (breastfed babies’ poo is yellow and smells milky, while that of formula fed babies is browner and smellier, more like adult poo) and immune system, making babies more vulnerable to infections.

The immune protection that your lover’s breastmilk provides cannot be underestimated. Breastfeeding has served us as a species for millions of years of successful evolution, and probably has many more effects on the body than we currently know about – and we know about a lot. If you read about it, or Google the benefits of breastfeeding, you will probably be overwhelmed! artificial formula can never come close to matching the living fluid that your partners breasts will produce.

Towards the end of pregnancy, your baby begins to lay down brown fat stores across their back. That brown fat store is there for a reason. A woman will begin to produce prolactin, the milk-producing hormone, from the very beginning of pregnancy, but the hormones that the placenta produces stop prolactin from working.

Some women may leak fluid from their breasts during pregnancy, which can indicate high prolactin levels. In the early days after birth, the placental hormones are flushed out of the body and prolactin can begin its milk-making work: this is why you may hear about the milk ‘coming in’ on day three or four.

In the meantime the newborn baby uses the brown fat stores to keep its blood sugars stable, alongside the colostrum (a thick, rich fluid, packed with anti-infectives, which the mother’s breasts produce before the milk ‘comes in’.) All the time the baby is taking in colostrum at the breast it is helping to build the mother’s future milk supply by stimulating the breasts and the release of prolactin.

At around about 72 hours (three days) after birth, prolactin levels go through the roof at night-time. The baby may go from a pattern of feeding and sleeping, feeding and sleeping, to suddenly wanting to feed regularly through the night. Why? Because the baby is intuitively aware that prolactin is more abundant at night and that the milk supply will be enhanced through those night-time feeds. If you think about when we were hunter-gatherers, when would be the safest time to feed? Through the night, obviously, when things are settled and still.

Milk production is a complete supply and demand system. The more a baby stimulates the breast, the more the breast will produce in terms of milk. Breasts are never completely empty – think of it as like a continuously flowing river, rather than a lake that can be drained and needs time to refill. If the baby has been fed, and wants to feed again in ten minutes, that’s fine – there will still be milk available.

In the early days, when you get home with your family, your partner’s hormones are continuing the birth process and working to produce the milk that will nourish your baby. By focussing on your connection with her, you will support her as she feeds.

You may find, as in hospital, that there are challenges that could interrupt the hormonal dance between mother and baby. Conflicting advice from different health workers, too many visitors, your partner’s wish to get herself and the household ‘back to normal’ – these can put a brake on the release of the hormones needed to establish breastfeeding. By staying deeply connected and being a strong presence, you can protect your family’s environment in those first crucial days.